NEW YORK, Feb. 23, 2021 /PRNewswire-HISPANIC PR WIRE/ — The book El Precio del Odio was created by Laura Lavayen. Laura is an author who was born in Bariloche, Argentina. She then moved to Buenos Aires where she lived until she came to the United States where she still lives. 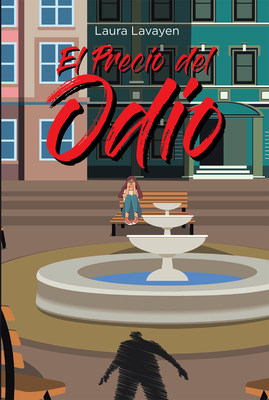 Lavayen said this about his book: “El Precio del Odio is a book that shows a lot about current life—three generations of women whose history makes us think that although women have gained rights such as voting and studying and going out to work on the streets to support their family, even so they must sometimes put up with a husband or a man who is physically stronger that she manages to dominate her in different ways. In this fiction, the grandmother, who had a domineering father who did not allow her to study because she was a woman, forced her daughter to do so but at a school that was very expensive. Far from her neighborhood where she is, she did not want to go because she did not separate from her friends. Her discontent made Angela reveal herself and when her mother bought her a dress to celebrate her sixteenth birthday, Angela left the house. She came back married later and had a month-old baby. One day she disappeared, she didn’t come back for a long time. It was never known what she did the whole time she was away. She had lost her memory and couldn’t say when or how.

This novel deals with many issues of now and others of always—the actual situation, drugs, the freedom to own a gun, attacks on schools. Everything causes a situation that has everyone worried. And we wonder what else awaits us in the future. Will we learn to act like human and civilized beings or will we continue to act like beings without feelings?”

Published by Page Publishing, Laura Lavayen’s new book El Precio del Odio unveils the prevailing prejudice against gender, status, and race that usurps the heart and mind of those affected by such.

Consumers who wish to immerse in a woman’s emotionally driven tale of pain, loss, and a search for personal redemption can purchase El Precio del Odio online at Apple iTunes, Amazon.com, Google Play, or Barnes and Noble.

Page Publishing is a traditional full-service publishing house that handles all of the intricacies involved in publishing its authors’ books, including distribution in the world’s largest retail outlets and royalty generation. Page Publishing knows that authors need to be free to create, not bogged down with complicated business issues like eBook conversion, establishing wholesale accounts, insurance, shipping, taxes, and the like. Its roster of authors can leave behind these tedious, complex, and time-consuming issues and focus on their passion: writing and creating. Learn more at www.pagepublishing.com.

América Moreno’s new book “Bajo el mismo techo que mi verdugo” is an autobiography of a woman and her constant struggle against abuse and...