NEW YORK, April 13, 2017 /PRNewswire-HISPANIC PR WIRE/ — Is the American Dream reachable or at risk for America’s young people?  That question will be at the heart of conversations at Recommit to Kids |The Summit for America’s Future, a national gathering by America’s Promise Alliance, the nation’s largest network dedicated to improving the lives of children and youth, on April 18 in NYC.  While the nation’s young people fare better today than they did 20 years ago, many of the most vulnerable still face innumerable challenges and multiple adversities that hinder positive developmental outcomes and educational success, impacting their chances at fulfilling their American Dream. 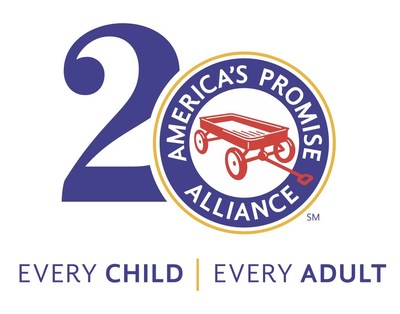 Twenty years after the Presidents’ Summit for America’s Future, which all living US presidents attended, this month’s daylong summit, hosted by America’s Promise Founding Chair Gen. Colin L. Powell, USA (Ret.) and current Chair Alma J. Powell, will convene more than 500 leaders from business, philanthropy, nonprofit sector, government, education and the faith community, along with dozens of young people. The summit seeks to engage participants in serious and necessary conversations around the issues young people face, re-energize people who work with and advocate for kids every day and attract new supporters to commit to the cause.

WHAT: Recommit to Kids | The Summit for America’s Future