GUAYNABO, Puerto Rico, June 22, 2021 /PRNewswire-HISPANIC PR WIRE/ — The Guaynabo Mets are bringing back a familiar face for the 2021 Baloncesto Superior Nacional (BSN) season after agreeing to terms with David Stockton. 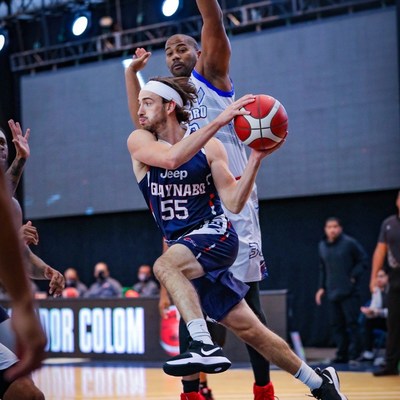 Stockton was among the league leaders in points (21.1 PPG), assists (5.9 APG), and efficiency (21.8 EFF) last year while shooting 53% from the floor and 49% from three-point range. A late-season addition to the Mets, the point guard and son of NBA Hall of Famer John Stockton quickly established himself as the top player on a Guaynabo squad that came within a game of reaching the finals.

“I’m really excited to be back,” said Stockton. “The players, coaches, and organization made it an easy decision when it came to returning. I’m excited to finally meet the fans of Guaynabo. Let’s go Mets!”

Stockton’s best performance was in week 13 when he set a season high for the Mets with 40 points in a game against Mayagüez that clinched a postseason berth. In the bubble tournament at the Wyndham Resort in Río Grande, Stockton powered a potent Mets team that swept Fajardo in the quarterfinals and defeated Bayamón in the first game of the semifinals before losing the series 2-1.

“We are extremely fortunate to be bringing someone of David Stockton’s skill and intelligence back to our organization,” said Mets Head Coach Christopher Thomas. “In my eight seasons as a head coach I have never had a better point guard and team leader than David. I can’t wait to get him back on the island and get to work.”

With less than three weeks until the BSN season tipoff on July 8, the Mets’ roster is coming into focus. In addition to re-signing Stockton, the Mets announced earlier this month that they have agreed to a new contract with import Angel Núñez. This spring the Mets also announced the signings of Renaldo Balkman, E.J. Crawford, and Kevin Young.

With Stockton, Núñez, and Coach Thomas re-signed for 2021, Balkman, Crawford, and Young in the fold, and a strong cast of returning BSN veterans that includes Jonathan Han, the Mets are poised to build on their success of a season ago, when they came up just four points short of the championship series. Coming off a season that saw empty arenas due to the COVID-19 pandemic, the team should get a boost from once again playing in front of their fans at Mario Morales Coliseum.

“The theme for this season is unfinished business,” said Mets co-owner Marc Grossman. “David was a big part of what we accomplished last season, and he’s central to what we want to accomplish this season, which is to win a championship for Mets nation. The best fans in Puerto Rico deserve the best basketball team in Puerto Rico and my goal is to deliver that to them.”