FAIRFAX, Va. , Dec. 15, 2020 /PRNewswire-HISPANIC PR WIRE/ — According to a study by the Culture Marketing Council: The Voice of Hispanic Marketing (CMC), subscription video on demand (SVOD) users ages 13 to 49 have become more culturally literate, primarily due to Netflix, YouTube creators and social media featuring increasingly diverse and global content. In fact, more than half of Gen Zers and parents have watched a show in a language they do not speak, with Hispanics over indexing on this trend. 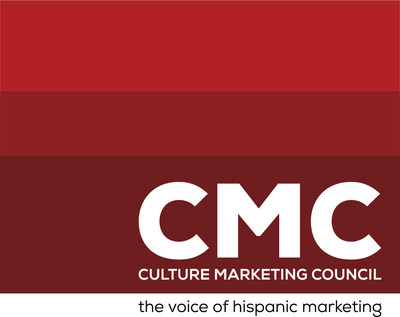 “Culture reflects and amplifies what is happening in our society. Post-9/11, we saw the proliferation of police and military dramas, a reflection of the anxiety we felt as a nation. In 2019, Glee reflected the Millennial values of diversity,” said CMC Research Chair Nancy Tellet, founder, brand & consumer navigator at PureClarity LLC. “Today, our study found the majority of teens—and also parents—are watching a diverse cross-section of cultural content, particularly on Netflix and YouTube, often in a foreign language, reflecting a trend of content globalism  acting as a potentially powerful force to build cultural empathy.”

Ninety-six percent of people ages 13 to 49 use paid or unpaid TV streaming services with 91 percent using SVOD (paid services). SVOD yesterday share viewing surpassed live TV viewing with all persons 13-49 in CMC’s study. Even pre-COVID, Netflix was a go-to streaming service for watching TV among 83 percent of 13 to 49-year-olds. Even though Prime, HULU and Disney+ are on the rise, Netflix has adopted an intentional global strategy of great storytelling grounded in local culture, and it is resonating with today’s viewers, with a 49 percent share of yesterday SVOD viewing among Gen Zers surveyed in the study and a 42 percent share among parents ages 25 to 49.

The Rise of Culture Cross-Pollination

People around the world have watched English-language American shows and exported American culture for decades; however, few have embraced foreign language programming in the U.S., until now. Today, driven by Netflix’s programming strategy and YouTube’s global organic content, 58 percent of non-Hispanic Blacks (NHB), 53 percent of non-Hispanic whites (NHW) and 68 percent of Hispanics watch TV in a language they do not speak. For example, Money Heist, a Hispanic heist telenovela on Netflix, was #1 globally in ANY language with season 3 viewed by 34 million households in its first week. Also popular with CMC study participants were Bollywood, Nollywood and Turkish soap operas—in fact, Univision has capitalized on this trend with “Imperio de Mentiras,” its adaptation of the Turkish soap opera “Kara Para, Ask.”

Culture cross-pollination also extends to YouTube, where the #1 creator is from India and #2 is from Sweden, and social media where, surprisingly, 26 percent of all people regardless of ethnicity have global social media networks. Where their friends reside, however, does fall along cultural lines with NHW having contacts in Europe, Canada and Australia, NHB with contacts in Africa, Asia and the Caribbean, and Hispanics with contacts in Mexico and Central/South America.

Many marketers mistake Hispanic marketing for Spanish-language marketing, despite the vast majority of Hispanics not being Spanish-reliant. Today, Spanish is a powerful connector to culture, particularly among Hispanic teens, 94 percent of whom were born in the U.S.—and that is reflected in language viewing habits:

But this is not just a Hispanic story. STARZ began specifically targeting Black viewers in 2017 with relevant, in-culture and overall content—in fact, two-and-a-half times as many NHB Gen Zers and parents surveyed by the CMC watch STARZ compared to non-Blacks. In addition, 67 percent of NHB and 73 percent of Hispanics ages 13 to 49 spend time on in-culture web sites.

About CMC: Founded in 1996 as the Association of Hispanic Advertising Agencies, the Culture Marketing Council: The Voice of Hispanic Marketing is the national trade organization of all marketing, communications, and media firms with trusted Hispanic expertise.