PLANO, Texas, Aug. 15, 2019 /PRNewswire-HISPANIC PR WIRE/ — The sleek new Toyota Corolla and sporty Corolla Hatchback are getting the Nightshade treatment, as the special editions have been added to the grade lineup for model year 2020. Toyota now offers the Nightshade Edition package on six vehicles, with 4Runner, Camry, Highlander and Sienna already on sale. 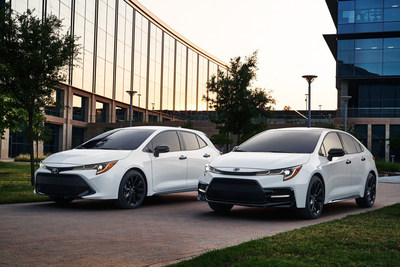 The all-new 2020 Corolla sedan was introduced earlier this year with a new grade strategy, bold exterior styling and a sleek, driver-focused interior. Six months later, Corolla is getting a Nightshade Edition based on the SE grade with a CVT, with production starting this fall.

The Corolla Nightshade will feature blacked-out Toyota, Corolla and SE badging. The front will include a black grille surround and black-painted rocker panels, while black heated power outside mirrors with turn signal indicators, black window trim and black outside door handles will adorn the side. The rear will feature a black spoiler and lower diffuser area.

The Corolla sedan Nightshade Edition will have an MSRP of $22,750.

An Even Sleeker Corolla Hatchback

The Corolla Hatchback has been turning heads ever since its launch last year with its aggressive stance, 18″ machined alloy wheels and the available Blue Flame exterior. Now the 2020 Corolla Hatchback will continue to attract attention with the sleek Nightshade Edition, which like its Corolla sedan sibling, is based on the SE grade with a CVT.

The Corolla Hatchback Nightshade will feature the same blacked-out 18-inch alloy wheels found on the Corolla Nightshade. It will have a black lower front rocker, black door handles, black mirrors caps, black side rockers, a black shark fin antenna, a black factory spoiler, a black rear lower spoiler and black rear exhaust diffusers. The headlamps with have a black headlamp inner frame and the Toyota and SE grade badging will be blacked out. Available exterior colors include Super White, Classic Silver Metallic and Midnight Black Metallic, while the interior will feature black fabric.

The Corolla Hatchback Nightshade Edition will have an MSRP of $22,290.

More Options for the 2020 Corolla Hatchback

The Corolla Hatchback was one of the first vehicles in the Toyota lineup to feature Apple CarPlay® compatibility, and for model year 2020 it will add Android Auto® compatibility as a standard feature to all grades. Additionally, SiriusXM® All Access Trial, previously an available option, will now be standard on both the SE and XSE grades.

A black roof, which has been available on the current generation Camry, now makes its way as an available feature to the Corolla Hatchback. It will be available with the following exterior colors: Blizzard Pearl, Oxide Bronze, Classic Silver Metallic, Smoked Paprika and Blue Flame.

The SE grade is also getting an enhanced cargo space option, which removes the spare tire and lowers the cargo floor, adding six cubic feet of cargo capacity. This available package will include a Tire Repair Kit (TRK) in lieu of a spare tire. This option will be available on both the CVT and 6MT SE grades. 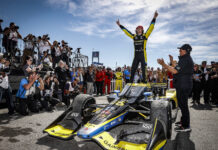 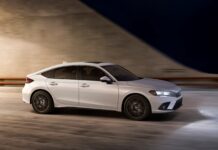 Lights Turned Down on 2020 Corolla Family with Nightshade Editions