DAYTONA BEACH, Florida, Feb. 15, 2021 /PRNewswire-HISPANIC PR WIRE/ — As NASCAR  kicked off one of the biggest days of the season with the running of the 63rd Daytona 500, Toyota took a moment to encourage the youth of America to find their dream and pursue it.

Yesterday, Toyota Racing unveiled a short film entitled, ‘The Dream.’ It tells a story of a young, African-American girl looking to achieve her dream of becoming a race car driver. She battles back from adversity and overcomes challenges along the way. With inspiration from the historic victory by 19-year old Gracie Trotter, who became the first female driver to win an ARCA-sanctioned race in September, and the return of Bubba Wallace to the Toyota family, our star realizes that her dream is within reach.

“To be back with Toyota this season and be a part of the Toyota Racing family means a lot to me,” said Bubba Wallace, driver of the No. 23 DoorDash Toyota Camry for 23XI Racing. “What they do on the track is top notch, but it goes beyond the track too. It’s really cool to be a part of things like ‘The Dream’ and their initiatives off the track that align with my own beliefs and how I want to influence the next generation. ‘The Dream’ show others, no matter the circumstances or who you are, to keep fighting and follow your dreams. It may not always be easy, but it will be worth it. It’s a pretty special piece. It’s inspiring, emotional and something that I’m proud to be a part of.”

Toyota has a long history of diversity in motorsports and continues to support several drivers of various ethnicities across all of our motorsports platforms. J.R. Todd, Antron Brown and Alexis DeJoria have established many firsts in motorsports as they all compete for Toyota in the NHRA Drag Racing Series. Jhonnattan Castro and Ken Gushi compete in Formula DRIFT while Trotter and Kaylee Bryson are working their way through the TRD (Toyota Racing Development) driver development ranks in ARCA, late models and USAC racing events.

“Toyota’s commitment to diversity in motorsports aligns with our overall corporate commitment of respect for people,” said Paul Doleshal, group manager of motorsports and assets for Toyota Motor North America. “This film is something we’re all extremely proud of and is a small reminder for everyone to find their dream and pursue it regardless of the challenges that might be in their path. We will continue to look for ways to bring this film to life and help to encourage young people to pursue their passions, especially if that leads them to this great world of motorsports.”

The complete short film was produced in collaboration with whatnot Films out of Charlotte, N.C. and will reside on the Toyota Racing social channels of Twitter and Facebook along with YouTube. A special 60-second condensed version was featured on Fox during the Daytona 500 broadcast.

A link to the full film can be found here: https://youtu.be/wI_QIPRkBBs

About Toyota
Toyota (NYSE:TM) has been a part of the cultural fabric in the U.S. for more than 60 years, and is committed to advancing sustainable, next-generation mobility through our Toyota and Lexus brands, plus our nearly 1,500 dealerships. 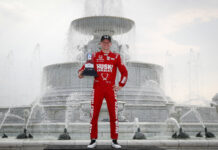 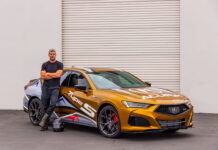 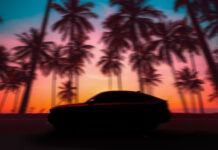 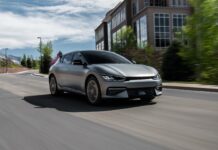